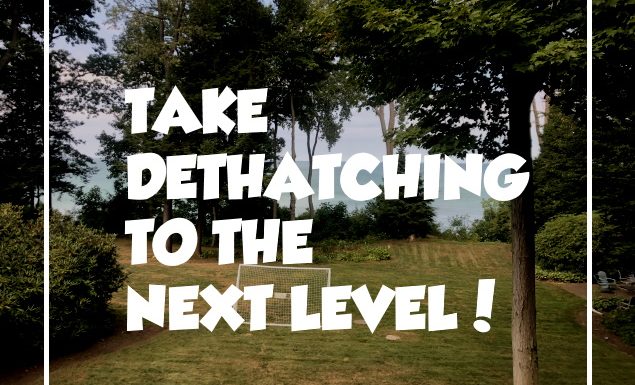 You are here: Home / Personal / Dethatch or Not Dethatch

Is Dethatch even a word? Thatch is a word, but when you type in dethatch the spell checker starts barking. Anyway, here is the first major step I’ve taken since I started my weed control experiment.

The professionals out there will most likely say it isn’t necessary and should only be done if you want to spend the day cleaning up a lot of grass. I agree in most cases, but if you are coming off a big weed season or crabgrass has taken over and you are ready to reseed in the fall, a good dethatching can’t hurt. I also believe you don’t have to use a super low setting. If you keep your dethatching at a high level you will get a mix of both worlds. Smaller cleanup and the objective complete.

In my case, I wanted to dethatch as much of those chemically killed weeds out of the lawn. They were most likely broken down enough to remove the cut pieces laying on the bottom. I feel like it’s best to get rid of unnecessary thatch that may lie below. This is where the experts will say thatch is good for keeping the ground moist and protected. I agree. However, the light removal of material could clear up for some soil to seed contact when it’s time to overseed. Of course, aerating will do that as well, but this is a bonus step if you have the time.

Around 5 years ago I bought the Greenworks plugin dethatcher from Amazon. I knew it was a fairly cheap machine to help open up some of the lawn. The first time I used it I got really aggressive with it and used the lowest setting. This definitely got a lot of the thatch out of my lawn, however, it left me with a huge cleanup project. Once I finished the dethatching it came down to the pickup. 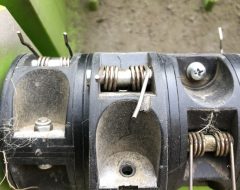 I tried using my push behind Toro mower and by the time I got halfway down one stripe my bag filled up. After doing this five more times I had to figure out a different way. Fortunately, my neighbor had a three bag tractor. I asked if I could borrow it. This neighbor borrowing scenario saved me so much time. Although the tractor bags filled up pretty quickly as well, I was able to finish the cleanup in fairly good time.

So, if cleanup is a concern for you, I would suggest you use one of the higher settings on your dethatcher no matter what size it is.

Here is a look from different angles of the yard. You will see Before – During Dethatch – After Cleanup. 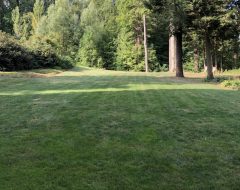 Looking East to West Before 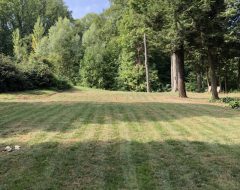 Looking East to West During the Dethatch 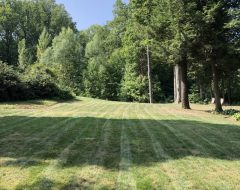 Looking East to West After Cleanup 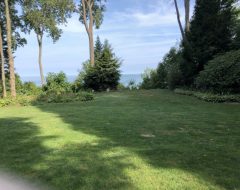 Looking South to North Before 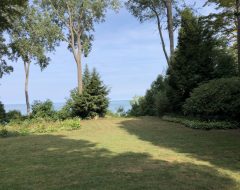 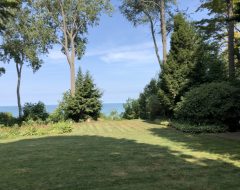 Looking South to North After Cleanup 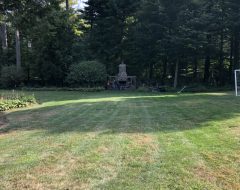 Looking West to East Before Dethatching 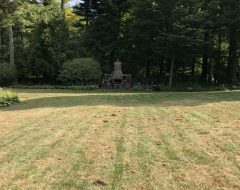 Looking West to East During the Dethatch Process 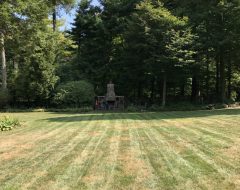 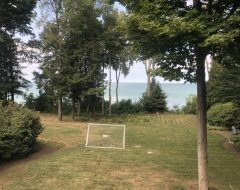 Depending on how the season goes and how my lawn looks, I will try to dethatch once a year. It will most likely occur in the fall, but the spring option is always available.

I’m not going to say it will solve your lawn care problems, but it does give the soil an opportunity to act a little differently should you have a rough season.

Fertilizer for a Boost 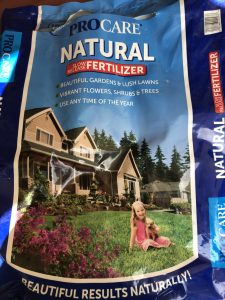 Most people like to put down starter fertilizer with their seed. Yes, I plan to do that, however, I knew I wasn’t going to be able to seed for another couple of weeks. Because of that, I decided to put down the knock-off of Milorganite. I used the knock off version because the stores around me were sold out. It’s pretty much the same thing, so I’m not too worried about the outcome. Plus, I saved a few bucks from the named brand.

With the lack of rain all summer and the lack of rain still, this will definitely be a test to grow a nice lawn this fall. I do have a new sprinkler head coming that I plan to use to get things rolling before I aerate and seed. This could keep the ground moist so I can get some decent sized plugs. Although I won’t waste too much water, I will give the lawn a fighting chance.

I’m not really sure what to expect going forward so once I get things moving I will update where I stand.

Entrepreneur looking to find new streams of income while living on the Lake. Bringing you honest reviews and more.

Get some inside information on new ideas, reviews, and products you may want.